Tango is not only a fascinating dance but also a fascinating philosophy, culture and lifestyle. The search of tango is the search of connection, love, unity, beauty, harmony and humanity, i.e., an idealism that is not consistent with the dehumanizing reality of the modern world. The world divides us as individuals, but tango unites us as a community and people. In tango we are not individualists, feminists, nationalists, liberals, conservatives, Democrats, Republicans, etc., but interconnected and interdependent members of the human family. Tango calls us to tear down the walls, to build bridges, and to regain humanity through connection, cooperation, reconciliation and compromise. It is a dance that teaches the world to love.


The woman's weight must be on the ball of the foot to pivot as if on a fixed point. But she does not pivot her whole body. She only pivots her lower body from the waist down. The waist is like the swivel that joins the upper body and the lower body. Since her torso is attached to his torso in close embrace, she needs to pivot her lower body in order to step on the side of the man or around him. This technique is known as “dissociation”. 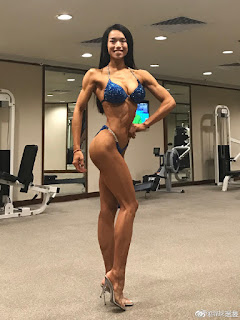 It needs to be pointed out that dissociation is different from contra-body movement or CBM. CBM is turning the right side of the body towards a left moving leg or turning the left side of the body towards a right moving leg, but dissociation is turning the upper body only and keeping the lower body still, or turning the lower body only and keeping the upper body still. Because their torsos are attached in the embrace, the dancers sometimes need to turn their torsos and sometimes need to swivel their hips when they dance around each other. Both are the forms of dissociation. The former is not difficult to do, but the latter is not so easy and needs a lot of practice to master. When practicing in front of a mirror, you should keep your torso facing the mirror still and swivel only your hips. You should not cheat by turning the torso instead of swiveling the hips.


A typical figure using dissociation is the front ocho in which the man leads the woman to draw an S on the floor with one leg, then leads her to draw another S on the floor with the other leg. The two S's are overlapped in the opposite directions so they look like the figure 8. To dance the front ocho, she needs to swivel her hips to one side and make a forward step with one leg, then swivel her hips to the other side and make another forward step with the other leg, and then swivel her hips back to face him. A similar figure using this technique is the back ocho, in which she dances the ocho backward. She first swivels her hips and steps backward to one side of him, then swivels her hips and steps backward to the other side of him. If she is able to overturn her hips, she can move forward by doing the back ocho and move backward by doing the front ocho. A third example using dissociation is the molinete, which is a combination of a forward step, a side step, a back step, a side step in a circular motion. In all these examples the woman keeps her torso attached to the man's torso and rotates only her hips side to side. The technique suits the flexible body of the woman and highlights her femininity as she turns her hips alternately while her torso remains connected to the man's torso.


The rotation of the hips causes her chest to roll on his chest, generating a pleasant sensation know as "gear effect". The chest is the center of her attention through which everything, including feelings, music interpretation, intention, seduction and flirtation, is expressed and exchanged. The woman should not glue her chest to the man's torso but should let it roll as her hips rotate. With each swivel of the hips her weight is transferred to one side of her chest. As she swivels her hips to the other side, her chest rolls along on his torso until the weight is transferred to the other side.

The rolling of the chest is caused by the rotation of the hips. She needs to make the rolling void of abruptness and bumpiness, so it feels smooth, comfortable and musical, which is not easy to do and needs a lot of practice to master. A novice woman who does not know how to swivel her hips often crosses one leg in front of or behind the other leg instead. Consequently, her chest sticks to his torso and does not trundle. Tango is a dance in which both partners please each other with their bodies. An experienced woman knows how to use her body to comfort the man, just like an experienced man knows how to display her beauty. (See Revealing her Beauty in Tango.) Gear effect increases the sensual pleasure of the dance - a feature of the close-embrace tango that is missing in the open-embrace style. It is one of the things that make the two styles fundamentally different.

Champaign Milongueros is a group of local tango dancers who regularly meet here to study and dance the milonguero style of tango.  Our...